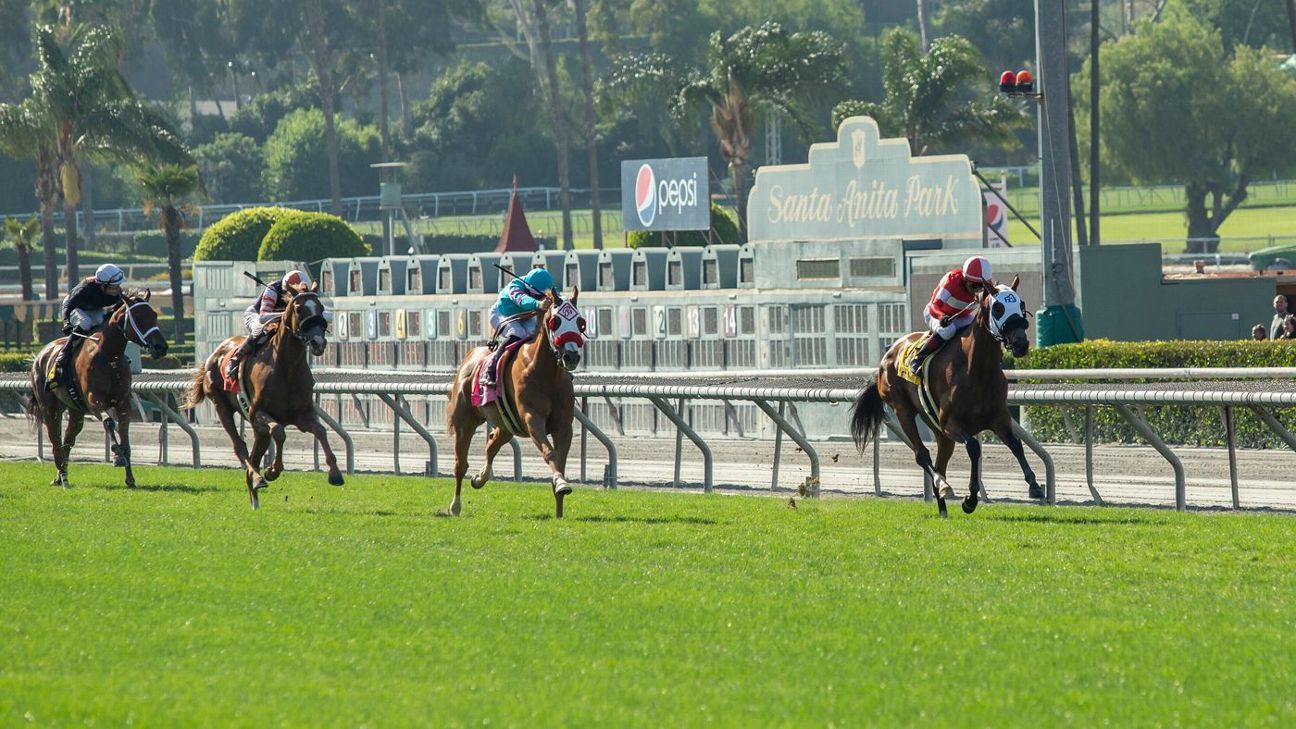 ARCADIA, Calif. — Santa Anita’s troubled racing season has come to a close after the deaths of 30 horses at the Southern California track rattled the industry and led to Hall of Fame trainer Jerry Hollendorfer being banned when four of his horses were among the casualties.

There were no incidents during morning training hours or in the 10 races Sunday.

About 20 protesters briefly toted signs outside an entrance to the track, calling attention to the deaths and condemning the sport.

Hollendorfer had two horses entered to run closing day, but they, along with two others Saturday, were scratched by track stewards on the recommendation of a special panel convened to review horses’ medical, training and racing history.

The 73-year-old trainer was ordered by The Stronach Group to remove his horses from Santa Anita and Golden Gate Fields in Northern California, which are owned by the company. The fourth death in his stable during the meet occurred Saturday.

Track ownership said Hollendorfer was “no longer welcome to stable, race, or train his horses at any of our facilities.”

No one from The Stronach Group spoke to the media Sunday despite a request. The company said a statement would be forthcoming in a few days.

Racing moves beginning Saturday to Los Alamitos in Orange County, where the California Horse Racing Board said a panel will review horses entered to run there.

“Unless forbidden by the California Horse Racing Board, we intend to permit entries from Hollendorfer,” Allred said in a statement. “We do not feel he should be a scapegoat for a problem which derives from a number of factors.”

Still unknown is whether Hollendorfer would be allowed to train at Del Mar near San Diego, which opens its summer meet July 17. A track spokesman said Sunday a decision had yet to be made. Neither Los Alamitos nor Del Mar is owned by The Stronach Group.

Racing at Santa Anita is set to resume Sept. 27. The track is scheduled to host the Breeders’ Cup world championships Nov. 1-2.

The Breeders’ Cup board of directors is expected to meet this week to discuss this year’s location.

The fatalities at Santa Anita since Dec. 26 have raised alarm within California and the rest of the racing industry. Gov. Gavin Newsom recently stepped in to direct the formation of the special panel to evaluate horses’ histories before they race. Track and racing board officials implemented several changes involving exams of horses scheduled to train or race.

The racing board also is looking at changes involving jockeys’ use of a riding crop in a race.

Hall of Fame jockey Kent Desormeaux was fined $100 by the stewards for violating a CHRB rule that prohibits use of a crop more than three times in succession without giving the horse a chance to respond. The violation occurred in the eighth race Saturday.

Bob Baffert, the two-time Triple Crown-winning trainer, recently traveled to Sacramento to meet with legislators concerned about the horse deaths. The majority of the deaths occurred during the winter months, when usually arid Santa Anita was hit with record rainfall totaling nearly a foot.

Trainers including Doug O’Neill, a two-time Kentucky Derby winner, are dismayed that the sport is under fire amid a drumbeat of negativity.

“The important thing is that they are accidents and accidents happen,” O’Neill said. “I can you tell in the 32 years I’ve been back here I’ve never seen one case of an abuse.”

About 500 backstretch workers rallied Thursday to ask for help in protecting their jobs and to emphasize their commitment to the horses in their care and their support of the recent rules changes.

O’Neill and Baffert support the workers, many of whom come from Mexico and Guatemala.

“Right now I’m worried about keeping these horses and keeping people here,” Baffert said. “If it went away, I worry about all these unemployed people.”

O’Neill noted there are good things done by the racing industry but “it’s just unfortunate that very little of that is talked about.”

He lamented what he perceives as a lack of transparency by Santa Anita management about what’s happening.

“You’d like to hear more dialogue between all the different factions that are involved,” O’Neill said. “It seems like there’s these small little groups that have all the power. They have their private meetings and none of it gets trickled down to us what the heck is going on.”

The Stronach Group has moved to reduce the use of anti-bleeding medication Lasix on race days. Going further, there’s been a proposal to eliminate Lasix in 2-year-old horses starting next year.

“Racing needs Santa Anita to work,” Baffert said. “Santa Anita is so important. If something happens here, it affects everything.”